Home / Past & Future / History of Newnham 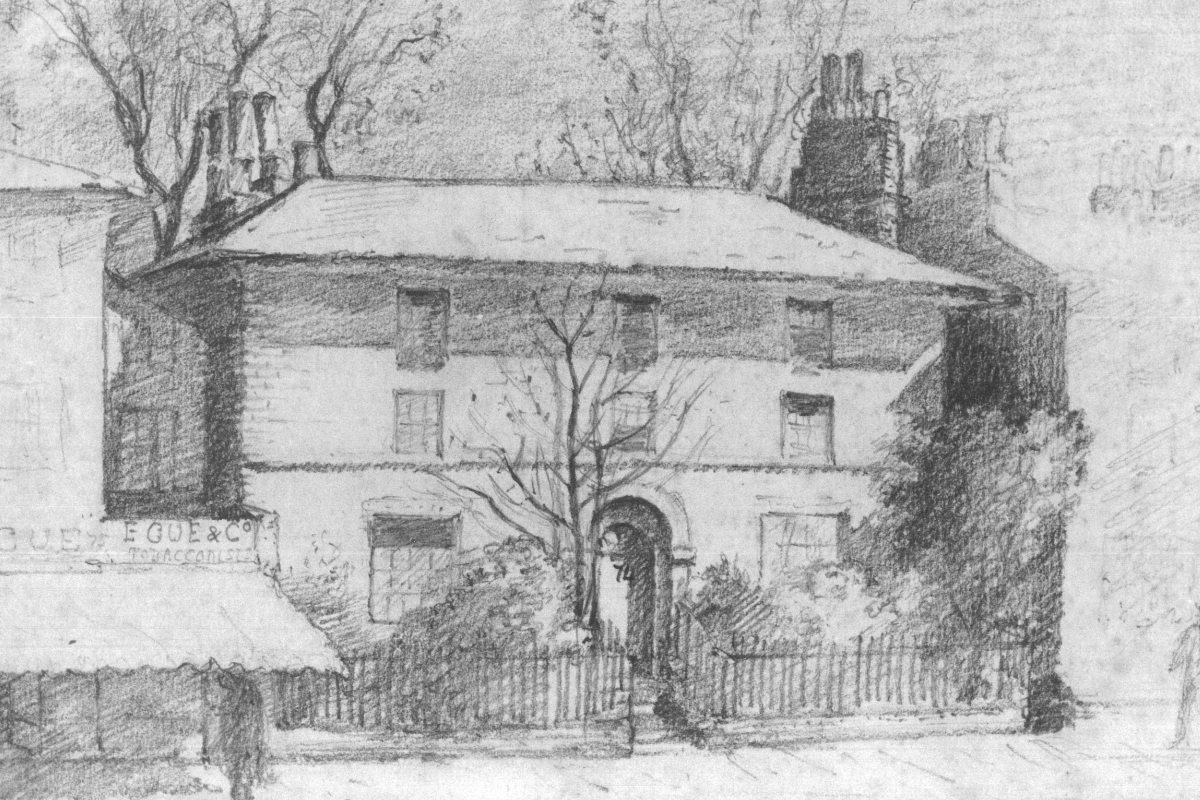 Newnham began as a house for five students in Regent Street in Cambridge in 1871.

Lectures for Ladies had been started in Cambridge in 1870. These built on the reputation of the University; but Cambridge itself was a small market town with a thinly-populated hinterland and for many who wanted to attend, it was too far away to travel in and out on a daily basis. 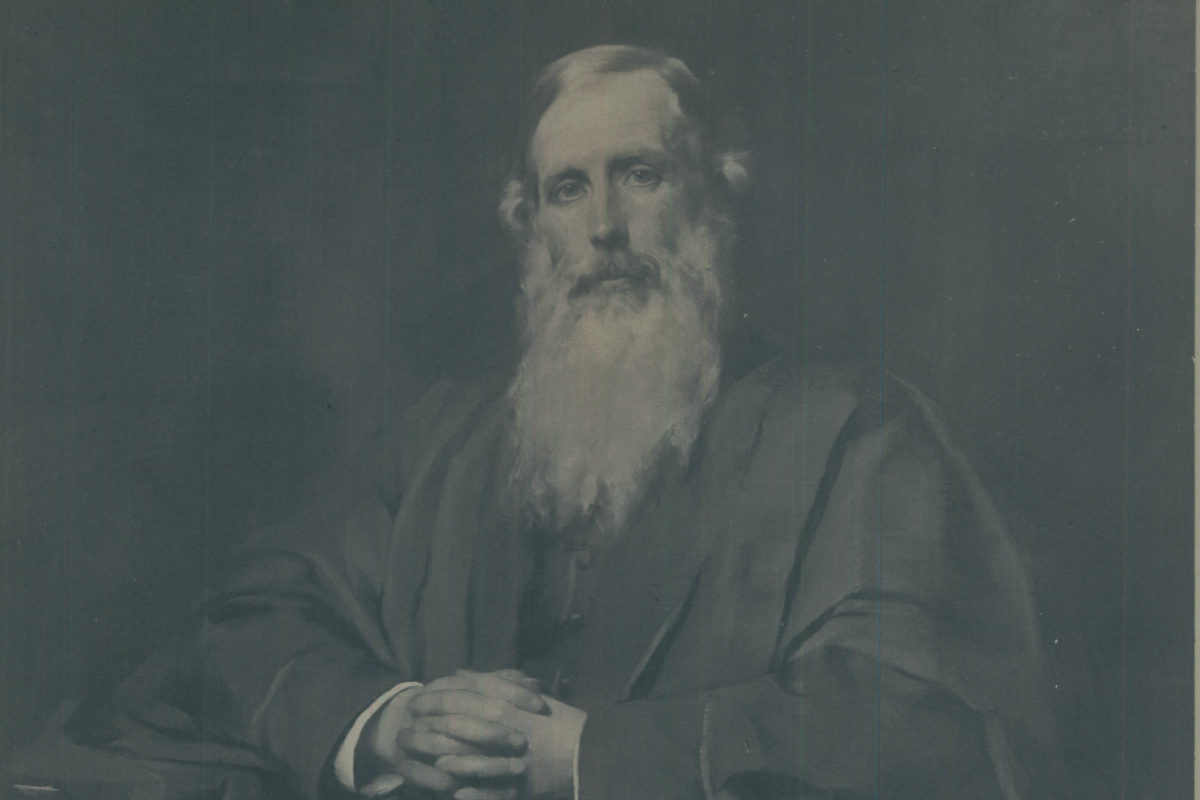 The philosopher Henry Sidgwick risked his own credit in renting a house in which young women attending the lectures could reside.

He persuaded Anne Jemima Clough, who had previously run her own school in the Lake District, to take charge of this house. 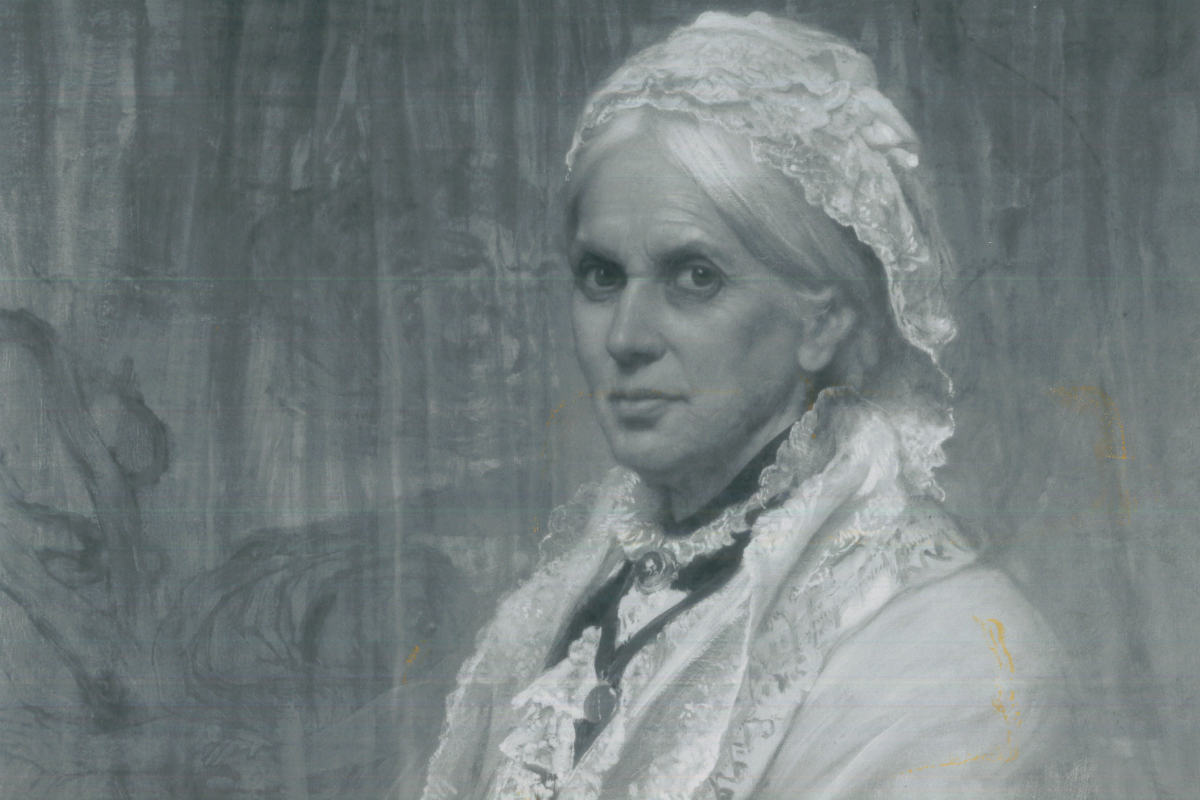 In May 1871 she accepted an invitation from Henry Sidgwick to take charge of a house which he had rented in Cambridge where five young women who wished to come from a distance to attend the recently established lectures for women were to reside. 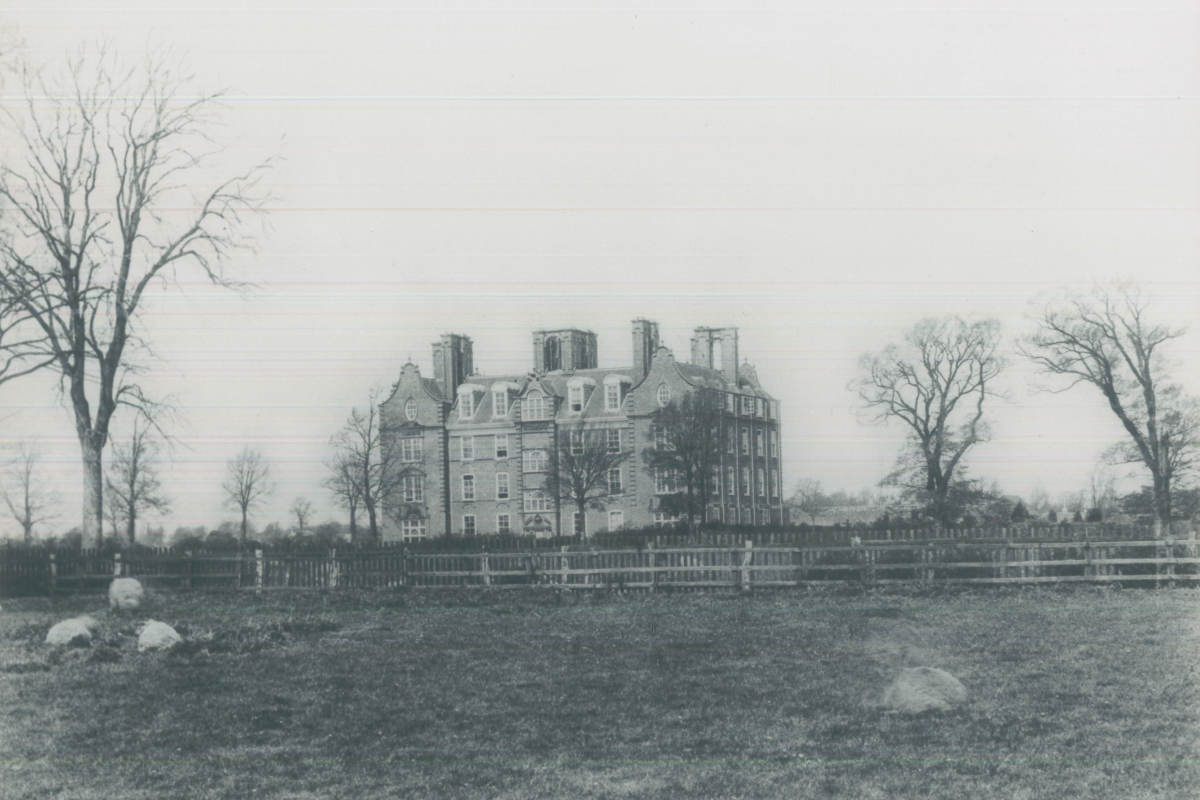 Newnham Hall opened its doors in 1875, the first building on the site where Newnham still remains (this building is now known as Old Hall).

Demand from would-be students continued to grow and the Newnham Hall Company built steadily, providing three more Halls for students, a building to house their teachers, an administrative block, a Laboratory and a Library, in the years up to the First World War. 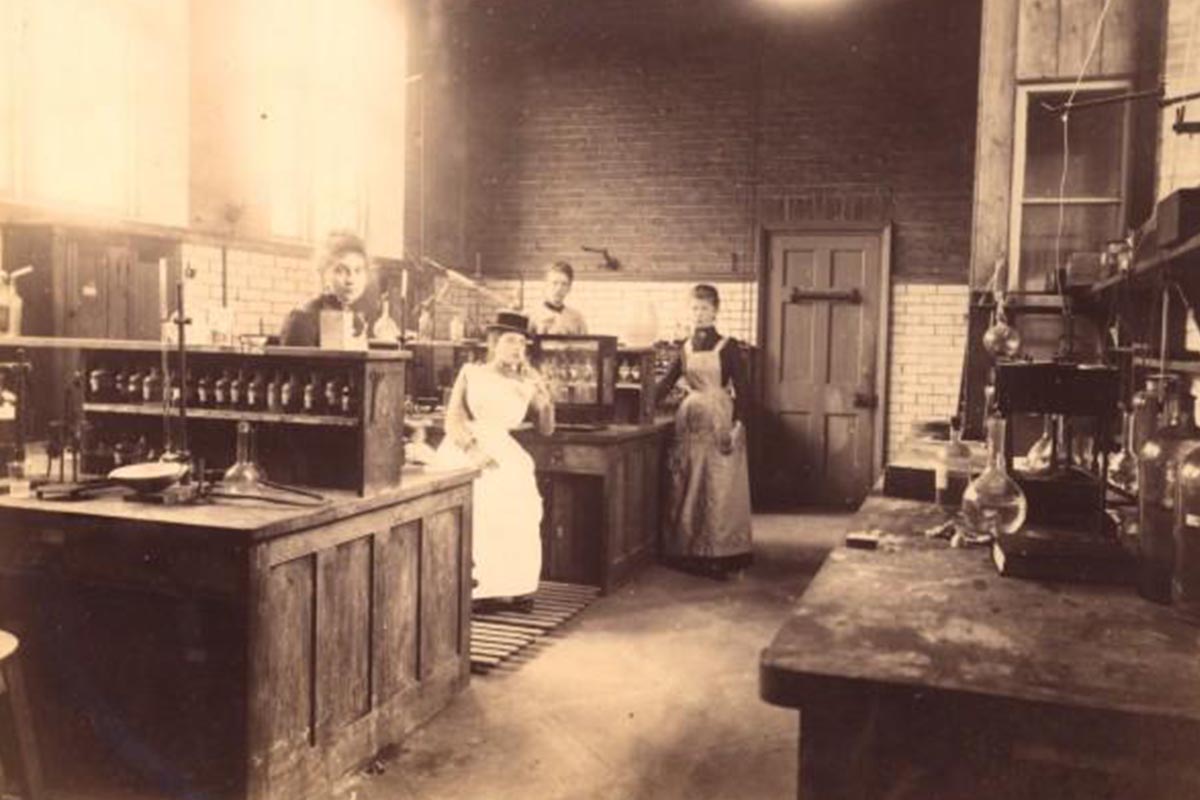 Newnham’s Old Laboratories were built in 1879. At the time the sciences were becoming increasingly important in Cambridge, but women were not allowed to use the University’s laboratories. Friends and students of Newnham subscribed to provide a laboratory where women could attend demonstrations and conduct experiments.

Newnham began as a house for five students in Regent Street in Cambridge in 1871. Lectures for Ladies had been started in Cambridge in 1870. These built on the reputation of the University; but Cambridge itself was a small market town with a thinly-populated hinterland and for many who wanted to attend, it was too far away to travel in and out on a daily basis. Urged on by Millicent Garrett Fawcett, later to become a celebrated campaigner for women’s suffrage, the philosopher Henry Sidgwick, another of the organizers of the lectures, risked his own credit in renting a house in which young women attending the lectures could reside. He persuaded Anne Jemima Clough, who had previously run her own school in the Lake District, to take charge of this house.

Demand continued to increase and after moving houses twice, the supporters of the enterprise formed a limited company to raise funds, lease land and put a purpose-built building on it. Newnham Hall opened its doors in 1875, the first building on the site where Newnham still remains (this building is now known as Old Hall). In an address to a meeting of sympathizers and potential donors in Yorkshire that same year, Anne Jemima Clough explained the rationale for the institution:

“How much more effectually, & with how much less mental strain, a woman can study, where all the arrangements of the house are made to suit the hours of study, – where she can have undisturbed possession of one room, – and where she can have access to any books that she may need. How very rarely, – if ever, – these advantages can be secured in any home we all know, and it is surely worth some sacrifice on the part of parents to obtain them for their daughters at the age when they are best fitted to profit by them to the utmost.”

Demand from would-be students continued to grow and the Newnham Hall Company built steadily, providing three more Halls for students, a building to house their teachers, an administrative block, a Laboratory and a Library, in the years up to the First World War. The same architect, Basil Champneys, was employed throughout these years and his involvement has given the main college buildings an extraordinary aesthetic unity. He was a pioneer of the so-called ‘Queen Anne’ movement, with its dominant themes of sweetness and light; and his buildings for Newnham represent his most extended statement in this style. The early senior members of Newnham also included some passionate gardeners and the buildings are grouped round a beautiful garden which many visitors to Cambridge never discover.

Many young women in mid-nineteenth century England had no access to the kind of formal secondary schooling which would have enabled them to go straight into the same university courses as the young men – like Anne Jemima Clough, some of them had never been to a school at all. So Newnham’s founders allowed the young women to work at and to a level which matched their attainments and abilities. Some of the students, with extra time and preparation, did indeed go on to degree-level work. And as girls’ secondary schools were founded across the country in the last quarter of the nineteenth century, staffed often by those who had been to the women’s colleges of Cambridge, Oxford and London, the situation began to change. In 1890 the Newnham student Philippa Fawcett, daughter of Millicent, was ranked above the Senior Wrangler i.e. top in the Mathematical Tripos, seen by many as the blue riband in Cambridge examinations and hitherto entirely a male preserve. By the First World War the majority of Newnham students were going into degree level courses.

In tailoring the early curriculum to its students Newnham found itself at odds with the other Cambridge college for women, Girton, founded at about the same time. Emily Davies, Girton’s founder, believed passionately that equality could only be expressed by women doing the same courses as the men, on the same time-table. This meant that Girton attracted a much smaller population in its early years and some of them found the strain on their health too great. But the members of the Newnham Council stood their ground, in general preferring a pragmatic, gradualist approach, leaving open the question of whether an equality of difference could be achieved. And some of its members, committed to educational reform more broadly, saw no point in offering to women the courses they wished to change for Cambridge men.

The University as an institution had at first taken no notice of these women and arrangements to sit examinations had to be negotiated with each examiner individually. In 1881, however, a general permission was negotiated. The next step was to try to secure for the women the titles of their degrees, not just certificates from their colleges, recording what they had done. A first attempt was rebuffed in 1887 and a second try in 1897 went down to even more spectacular defeat. Men undergraduates celebrating the defeat did thousands of pounds’ worth of damage in the market square.

During the First World War British women were in general kept out of the front line. But many Cambridge women went into war work on graduating, often substituting for men on the home front. In 1922 Newnham recorded the war work of over 600 of its alumnae. Girton and Newnham undergraduates combined forces in their charitable activities to fund an entire unit of the Scottish Women’s Hospitals and on graduating many went to work for that heroic organisation as doctors, nurses, orderlies, couriers and interpreters – these last key roles since SWH’s main work was done on the Eastern Front.

The First World War brought a catastrophic collapse of fee income for the men’s colleges, more so than for the women; and Cambridge and Oxford both sought financial help from the state for the first time. In this context the women tried once more to secure inclusion, this time asking not only for the titles of degrees but also for the privileges and involvement in university government that possession of degrees proper would bring. In Oxford this was secured in 1920 but in Cambridge the women went down to defeat again in 1921, having to settle for the titles – the much-joked-about BA tit – but not the substance of degrees. This time the male undergraduates celebrating victory over the women used a handcart as a battering ram to destroy the lower half of the bronze gates at Newnham, a memorial to Anne Jemima Clough.

The women spent the inter-war years trapped on the threshold of the University. Their senior members could hold University posts: twelve women were appointed to University lectureships in 1926 and Dorothy Garrod, Fellow of Newnham, was elected Disney Professor of Archaeology in 1938, the first woman to hold a professorial chair in either Cambridge or Oxford. But the women could not speak or vote either in the affairs of their own departments or of the University as a whole.

Dorothy Garrod’s election dramatized the whole muddled situation. Action was delayed, however by the Second World War – during which Dorothy Garrod used her skills to decode aerial reconnaissance photographs of enemy-held territory. Cambridge women were part of the war effort in all theatres, whether like Lucia Windsor of Newnham employing her exceptional mapping skills in secret work for the RAF even before she graduated, or like Camilla Wedgwood, also of Newnham, gazetted Lieutenant Colonel in the Australian Army and dropped behind Japanese lines in Papua-New Guinea, to prepare the tribes with whom she had previously done field work, to aid the Australian advance. Finally in 1948 the women were admitted to full membership of Cambridge, the last University in the UK to do so. The University authorities, however, retained powers to limit the numbers of women until 1981.

National university expansion after the second world war brought further change. A shortage of places in Cambridge for well-qualified women had been acknowledged since 1920 but only in 1954 were Newnham and Girton joined by a third women’s college, New Hall, now Murray Edwards. At the same time a dining group was formed which would eventually, in 1997, become Lucy Cavendish College, specializing in provision for mature women students. In 1965 the first mixed graduate college was founded. At the beginning of the 1970s three men’s colleges began to admit women as undergraduates; and in 1978 Girton decided to mix both its fellowship and its student body. Gradually Cambridge was ceasing to be ‘a men’s university although of a mixed type’, as it had been described in the 1920s in a memorably confused phrase. Yet as those looking back at the fiftieth anniversary of the change, in 1998, noted, the women’s presence in Cambridge resembled a pyramid which was all base and little top: large numbers of women among the undergraduate population but markedly fewer among the graduate population and even fewer among the academic staff.