FELIX MENDELSSOHN’S WEDDING MARCH MAY BE THE MOST FAMOUS TUNE IN CLASSICAL MUSIC. BUT IN HIS SHADOW WAS AN EQUALLY TALENTED WOMAN: HIS ELDER SISTER FANNY

FILMMAKER SHEILA HAYMAN (NC 1974), A DIRECT DESCENDANT OF FANNY MENDELSSOHN, PRESENTS AN EXCLUSIVE PREVIEW OF THE DOCUMENTARY SHE IS MAKING ABOUT THIS FASCINATING AND UNDERVALUED WOMAN

Fanny Mendelssohn composed more than 450 musical works, including one that was Queen Victoria’s favourite – but until the Queen pressed him on the point, her brother Felix took the credit for the piece. The complex relationship between the siblings and her gender meant that Fanny’s talent was not recognised fully in her lifetime.

As children Felix and Fanny were musically and creatively inseparable, but when she was fourteen, her father wrote to her that while her brother’s genius would give him an international career, hers could only ever be an ‘ornament’. Despite this, Fanny grew up to be a strong woman and highly productive composer,  a woman who spent the evening before her wedding writing the music for it, who hated social decorum but loved her family and friends, whose idea of relaxation after nursing her family through a cholera epidemic was to write ‘The Cholera Cantata’, a big musical thank-you for their survival. By her mid-thirties, her hunger for recognition was so obvious that not only her husband but her highly respectable mother were urging her to publish her work. But Fanny would not, until Felix gave his consent, which he steadfastly refused to do, even while encouraging other women composers, including Clara Schumann. Fanny let his veto rule her life, until, at the age of forty, she finally resolved to defy him. Sadly, she died barely a year later. 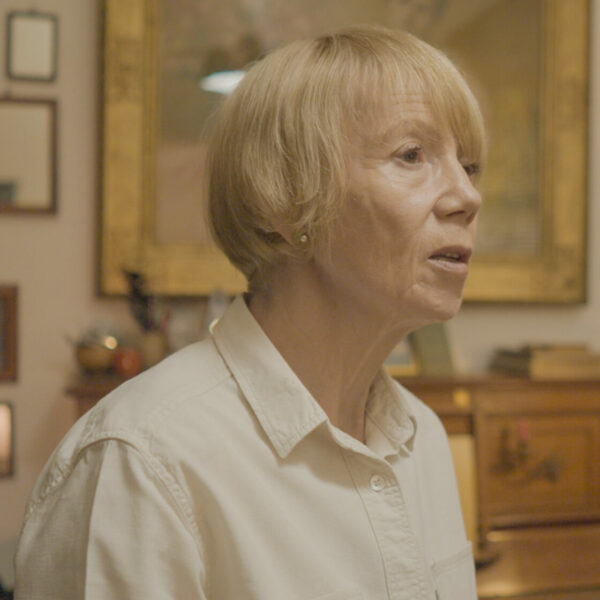 SHEILA HAYMAN has written and directed dozens of documentary films for the BBC, Channel 4, ARTE, Beijing TV and others, winning a BAFTA and Time Out Documentary Series of the Year, and a Robert Kennedy award. She has been UK Young Journalist of the Year, the BAFTA/Fulbright Fellow in Los Angeles and a columnist for The Guardian, and is currently a Director’s Fellow of the MIT Media Lab. In 2020 she was Artist in Residence at the Potsdam Institute for Climate Impact Research. Her BBC film ‘Mendelssohn, The Nazis and Me’ was nominated for the Grierson Arts Documentary of the Year.

Don’t miss a chance to analyse and translate a poem by Luise Hensel in a presentation hosted by post-doctoral affiliate, Mathelinda Nabugodi – more information coming soon.