Inspired by BBC Radio 3’s ‘Postcards from the Composers’ project bringing musical messages of hope during the pandemic, we are delighted to present this special commission from composer and performer Úna Monaghan, accompanied by stunning footage of the college buildings. Described as a ‘renaissance artist’ by the Irish Times, Una’s background in science combined with her deep understanding of traditional Irish music inspires her innovative work across genres and technologies.

If you can, do listen with headphones for the best effect. 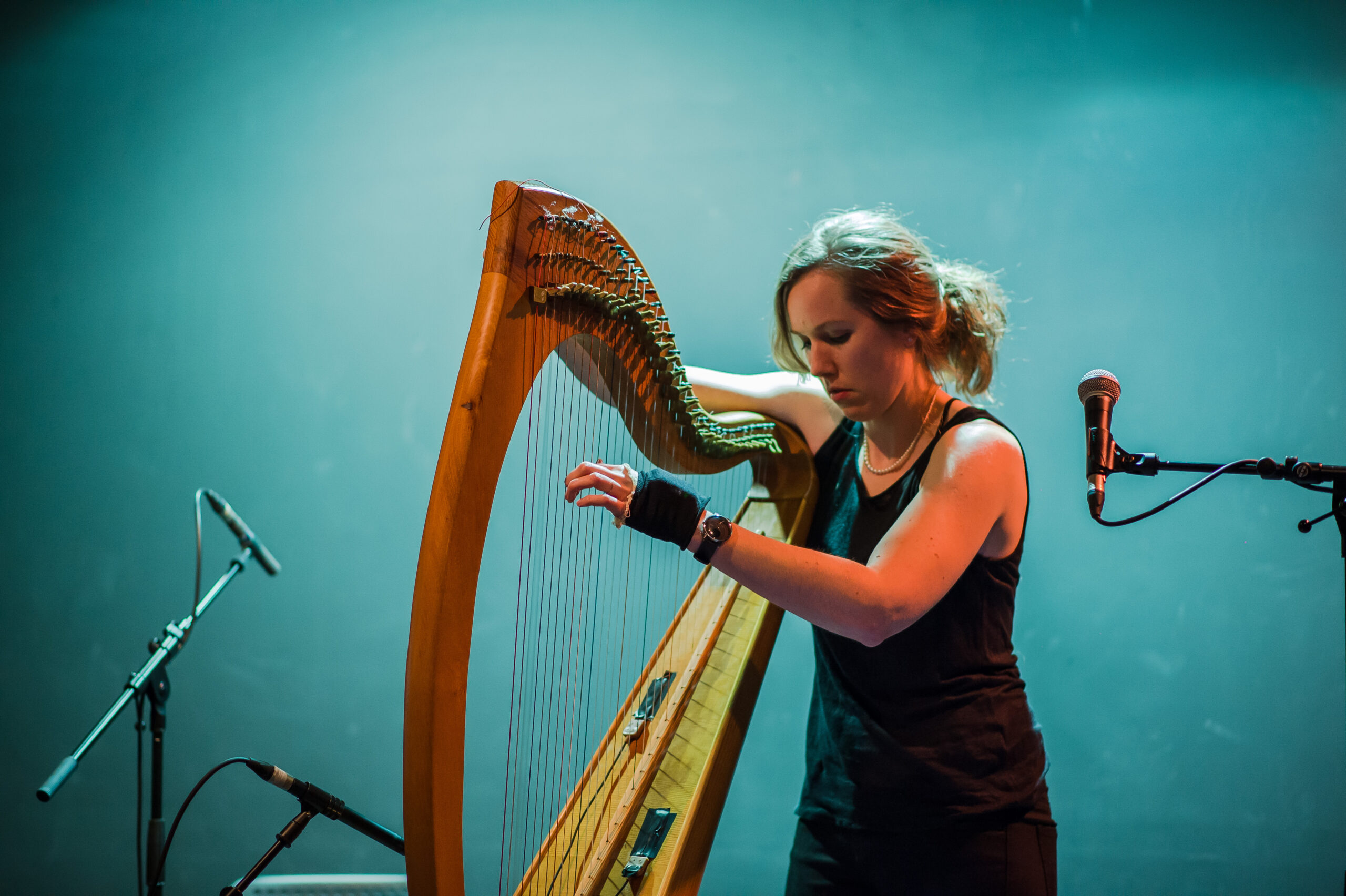 Dr Úna Monaghan (NC 2002) is a harper, composer, researcher and sound artist from Belfast. Between 2016 and 2019 she held the Rosamund Harding Research Fellowship in Music at Newnham. Her research examines the intersections between Irish traditional music, experimental music practices, improvisation and interactive technologies. Her compositions have been presented on BBC and RTÉ television and radio, and in concerts, theatre productions, festivals and conferences internationally. She performs with harp and computer, and released her album ‘For’ in 2018. In 2019 she received the inaugural Liam O’Flynn Award from the Arts Council of Ireland and the National Concert Hall, Dublin 2020 and a BAN BAM award from Moving Music and Improvised Music Company.