That Sylvia Plath studied at Newnham is a fact about the College’s history imparted on undergraduate students early on. Her autobiographic novel 'The Bell Jar' has inspired generations of feminists, both at her college and elsewhere. Together with her poetry, it has become an important reservoir of comfort and consolation for young women struggling with the world and their place in it. It is because of this heritage that we include Plath here.

Plath had completed an Honours B.A. in English at Smith College before coming to Newnham as an affiliated student for two years (1955-57) to take Part Two of the Cambridge English Tripos. She lived at Whitstead, one of the houses for graduate accommodation at the far end of the sports fields. Taking courses in French and Italian, the English Moralists, and Geoffrey Chaucer, among others, she graduated with a 2.i in 1957. In the summer of 1956, she married Ted Hughes, then a student at Pembroke College, and from the end of the Michaelmas Term 1956 they lived together on Eltisley Avenue, in Newnham village. 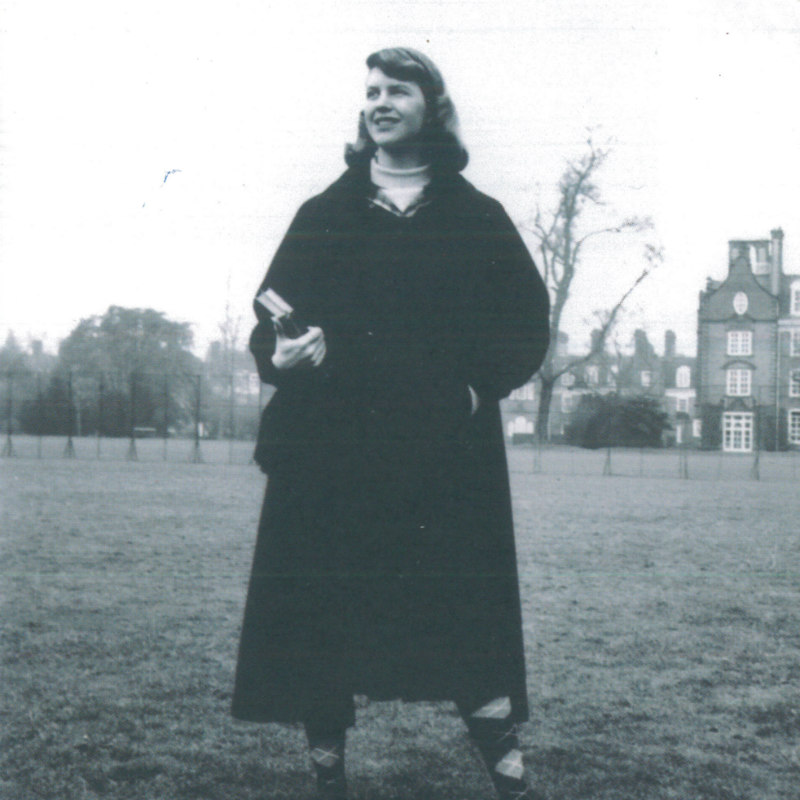 Newnham’s archive stores Plath’s student file, containing mostly her application materials for successful Fulbright funding and for her place at Newnham. In it, several health certificates and letters from tutors at Smith College mention her “acute depressions”, referring to it variously as “five-month nervous breakdown,” “acute emotional illness,” or “Delayed Adolescent Turmoil.” As her Newnham tutor recalls, “We were naturally cautious about taking students from abroad who had a history of mental illness, but Professor Chase [Plath’s professor at Smith College] assured us that Sylvia Plath was completely cured.” It seems that not only Professor Chase’s, but the assurance from the college physician in the form of at least three longer reports, another medical professional, as well as Smith’s Director of Graduate Study was needed.

Plath’s tutor recalls visiting Plath in her room upon her arrival at the start of the academic year 1955/56: “There were ten or eleven rooms in Whitstead and Sylvia had one of the smaller ones at the top of the house: rather pretty and picturesque with a slanting roof, dormer window and window seat and a fine view over the Whitstead garden and the broad expanse of the College grounds. She expressed her delight in the room and particularly in the window seat where she would sit and write poems she told me” (I.V.M., in Newnham’s Roll Letter 1975).

In a letter to Ted Hudges, Plath writes of having breakfast at Whitstead after one of her submissions for publication was rejected by a magazine:

“Picture me sitting at the head of the long table in whitstead dining room, immersed in reading and re-reading your words (…), letter propped up against butter dish, eyes cutting through the charcoal smoke arising from the toaster which the 3 Indian girls don’t know how to use yet (...) I had fried potatoes and bacon and buttered brown toast and two cups of coffee this morning; my favorite breakfast, to make up for the huge rejection and the subtraction of just one more dream from the batch flittering rainbows in my head” (Sylvia Plath, Letter to Ted Hughes, 17 Oct 1956)

Later in her recollection, Plath’s tutor remembers Plath as just a little too American, enthusiastic, and cheerful. Part of this Americanism were Plath’s feminine looks, “female sexuality itself, a kind of amalgam of vampire lips [with bright red lipstick], ‘sleek’ blond hair [died], cheapness and commercial ladies’ magazines” as Elaine Showalter writes, mocking the typical Newnham student’s reaction to Plath at the time. This tension between superficial beauty and serious intellectual pursuit continues to trouble feminists today. What makes Plath’s writing so great for many of us is that we recognise parts of ourselves in parts of her and that in these shared parts we can find comfort and gain strength. Perhaps Plath’s looks functioned as a kind of shield or armour, proudly donned to fend off academic or literary rejections.

In letters to Ted Hughes, Plath recalls further episodes of College life. The scepticism of Newnham’s students towards her was, as these letters reveal, reciprocated:

“I sat at supper at Newnham for the first meal last night amid the seven girls returned, one of whom I knew, and ate rapidly listening to the most incredibly pained conversation: “I always thought they expected girls to do worse than boys at things, you know.” “What?” “Worse than boys.” “Oh.” “Really?” “But here, you know, it’s quite the opposite; there’s such competition for girls to get in the boys are quite terrified of them.” Whereupon I tore my long white hair, clawed my wrinkles, rejected the pale bilious green dessert (dyed custard) poured over a lady-finger biscuit and left for the college library.” (Sylvia Plath, Letter to Ted Hughes, 3 Oct 1956) 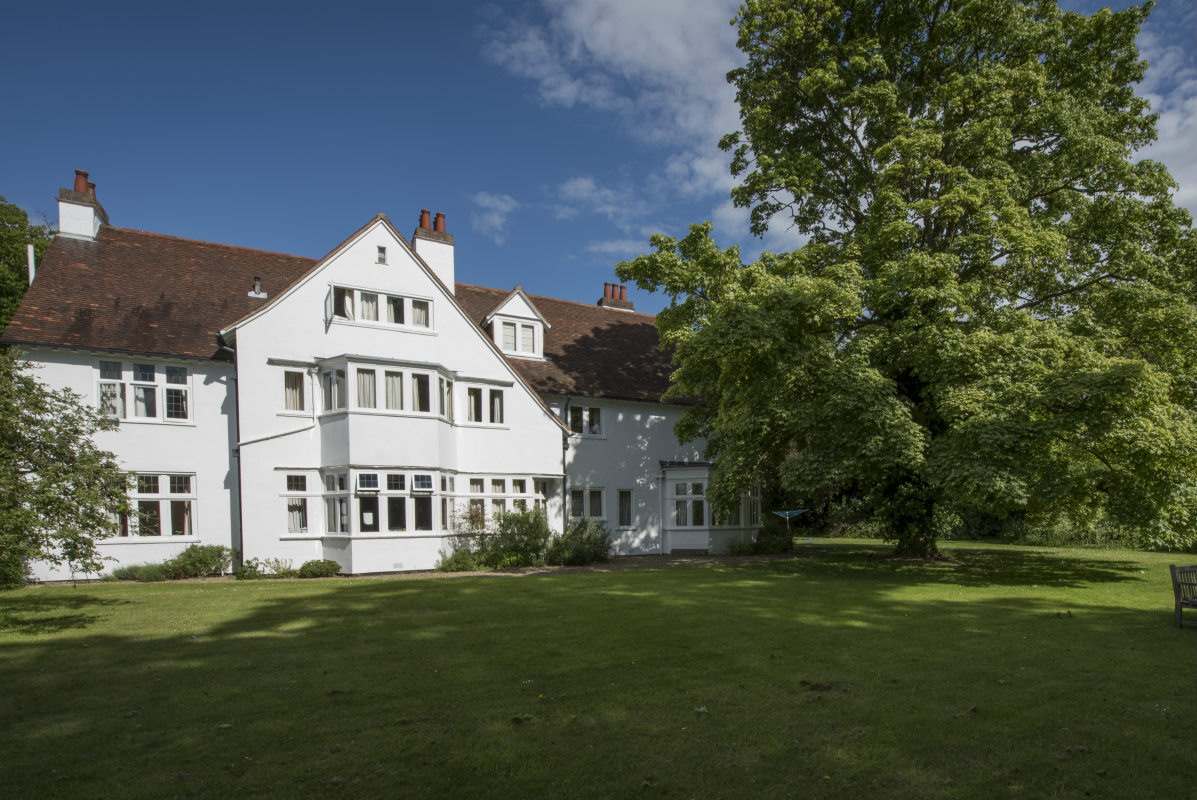 In this passage, we witness Plath’s perceptiveness for those details of everyday life that may otherwise seem mundane and irrelevant. We see how these find their place in her writing in support of her main storyline. Plath’s only novel The Bell Jar contains many observations of this kind, such as the one reproduced below. Here, Plath enlists her perceptiveness to illustrate feminist ideas about housework:

“I tried to imagine what it would be like if Constantin were my husband. It would mean getting up at seven and cooking him eggs and bacon and toast and coffee and dawdling about in my night-gown and curlers after he’d left for work to wash up the dirty plates and make the bed, and then when he came home after a lively, fascinating day he’d expect a big dinner, and I’d spend the evening washing up even more dirty plates till I fell into bed, utterly exhausted.

This seemed a dreary and wasted life for a girl with fifteen years of straight A’s, but I knew that’s what marriage was like, because cook and clean and wash was just what Buddy Willard’s mother did from morning till night, and she was the wife of a university professor and had been a private school teacher herself.

Once when I visited Buddy I found Mrs Willard braiding a rug out of strips of wool from Mr Willard’s old suits. She’d spent weeks on that rug, and I had admired the tweedy browns and greens and blues pattering the braid, but after Mrs Willard was through, instead of hanging the rug on the wall the way I would have done, she put it down in place of her kitchen mat, and in a few days it was soiled and dull and indistinguishable from any mat you could buy for under a dollar in the Five and Ten.

And I knew that in spite of all the roses and kisses and restaurant dinners a man showered on a woman before he married her, what he secretly wanted when the wedding service ended was for her to flatten out underneath his feet like Mrs Willard’s kitchen mat.” (1963, 80)