Amy Levy and the New Woman

The phrase ‘New Woman’, likely coined by the feminist writer Sarah Grand at the end of the 19th century, refers to a moderate, middle-class feminist.

The New Woman led a life on the brink of or just outside Victorian and Edwardian gender norms. She was educated, financially independent, and socially unattached. She may have  earned her living as a teacher, journalist, nurse, or typist. She rode a bike, smoked, and wore practical, rather than fashionable, clothing–all radical choices for women at the time. She may have been a ‘girl graduate,’ educated at one of the new Oxford and Cambridge colleges for women—Newnham chiefly among them. (Yet, the numbers of girl graduates were small, and their social impact limited, especially when compared to the numbers of new working women less prestigiously educated.)

The New Woman lived according to more progressive social norms than those of her day. By living as if these progressive norms already existed, she (together with many others) actually brought them about. This process is common in many areas of social life: one makes it so by pretending it already is so. 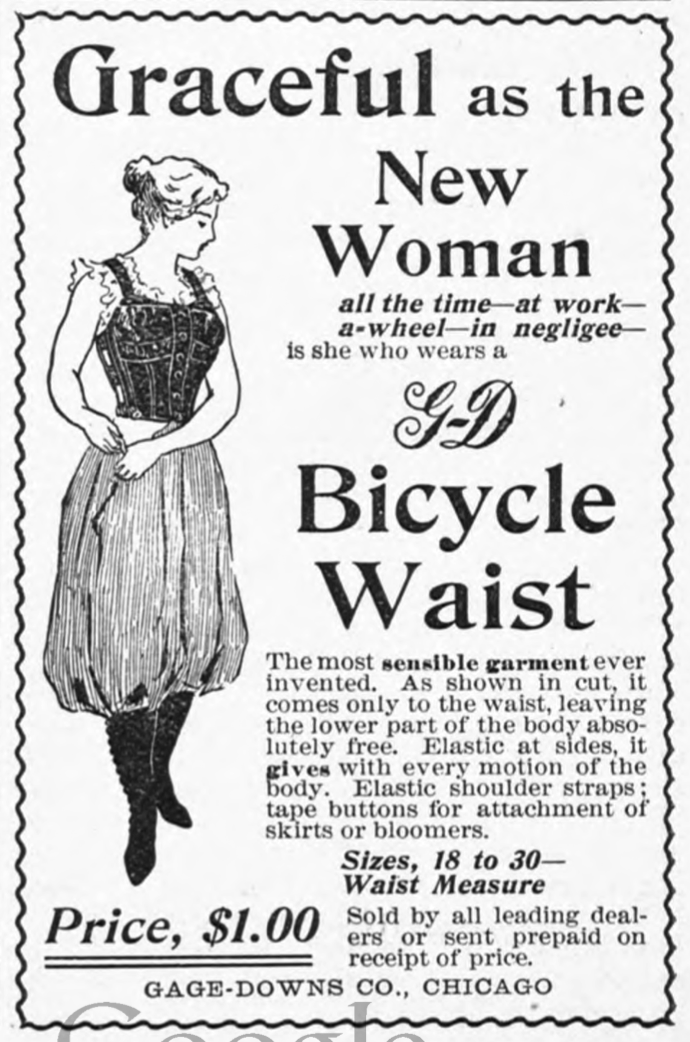 Amy Levy (1861-1889, see image below) was one such casual revolutionary. The second Jewish woman to ever study at Newnham, she came up in 1879 and stayed for two years at Norwich House (then an outpost of the College), a writer, and likely a lesbian. Her work and her life speak of the tension between the New Woman’s aspirations for autonomy and the obstructing social forces around her. A tension perhaps too difficult to endure: tragically, Levy killed herself aged 26.

In her short story Between Two Stools, published in Temple Bar in 1883, protagonist Nora also experiences these tensions when she writes from London to her friend Agnes in Newnham, referring to her London social circle as Philistines, as people disdainful of intellect:

“Personally I find myself rather desolate. I am willing enough to smoke the pipe of peace with the Philistines, but the Philistines will have none of me. They distrust me: the girls think I want to "come it over" them; and the young men are continually on the look ­out for covert snubbing. One is afraid to call a thing by its right name for fear of being thought pedantic; it is not young-­ladylike to have one's facts right or one's sentences logical. A pretty haziness, a charming inconsequence—these are the qualities the Philistine male would fain see in his womankind.”

Nora receives a marriage proposal from one of the Philistines. She calls it both a “terrible” and a “wonderful thing”. She refuses—her aspirations are intellectual, not domestic in character. She, like Levy, wears “comfortable, and looser clothing and eschew[s]… the corset,” as Jenn Ashworth writes in Breaking Bounds: Six Newnham Lives. Nora reports to Agnes: “The absence of stays and crinolette almost wrung tears from the various members of my family.” But Nora isn’t fully free from social pressures. Later in the story, she bitterly regrets her refusal to wed. “Women generally do get to love their husbands more or less after a time (…). This, as you know, is a doctrine I have always hated as unworthy of people with minds and souls, but now I found myself seriously considering it,” she writes to Agnes. 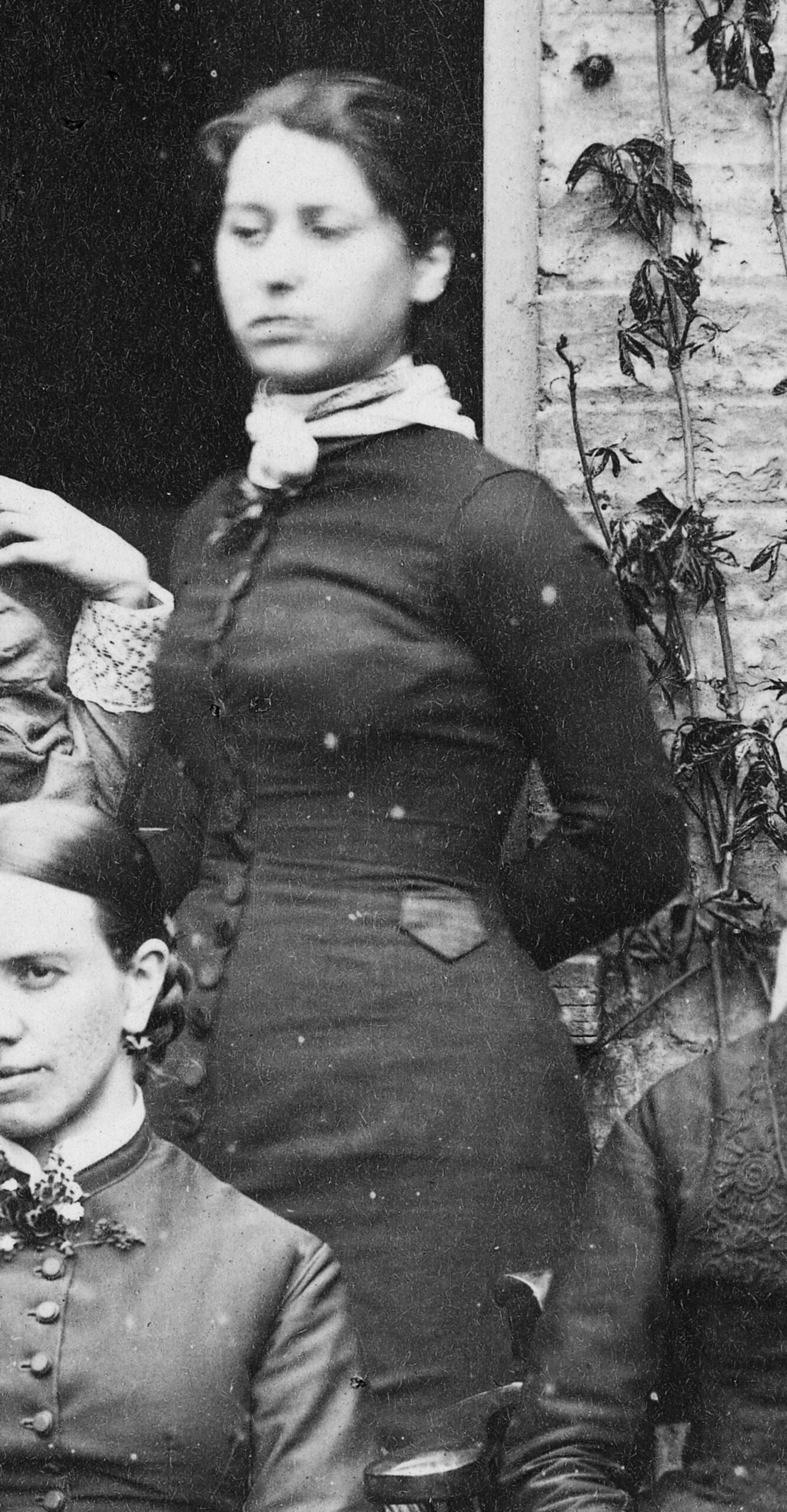 The New Woman was not only a concrete, real life person like Amy Levy. She was mostly a fictional character like Nora, created both by people like Levy who wanted to be New Women and by those who detested the idea. Historian Gillian Sutherland therefore calls the New Woman “a sort of Bogey whom no-one has ever really seen” (2015, 11). Following Sutherland, those who detested the idea of the New Woman were most vocal. They produced ridiculing cartoons of the hatless, smoking woman intellectual. The reactionary image was successful: the British middle classes were outraged at these new, daring women, indignant about the liberties they supposedly took for themselves, and scared of the broader moral decay they felt this might lead to.

Such negative fiction was alive not only in the print media of the big city, but also in Cambridge. A student–pen name ‘George Washington, JNR’–wrote in Newnham’s Thersites, in 1910:

“It seems that Newnham appears to the world in general, and to the undergraduate in particular, in one of two lights. On the one hand the majority of dwellers in outer darkness regard Newnham, with awe, as a kind of Convent school of the strictest sort. (...) a place of sorrow and continual toil, whose gates open in the morning only to let out a stream of earnest, note-book clutching students whose attention is fixed on their immediate [academic] goal. (...) This is bad, but the other view is even worse. (…) One fears that the callow undergraduate must have fearful visions of what goes on within the walls of Newnham—visions perhaps of orgies in which the main features are a large cheroot [a kind of cigar]  and a brandy bottle.”

Yet, this negative fiction also created what it warned of. In the first issue of Thersites (1909), Newnham student K. Costelloe writes:

“Suppose we think it good for our hair to go hatless, and a rule is made imposing hats upon us, are we to say that those who made the rule are wiser than we, and submit? In that case we shall never grow up. (...) To take things for granted is the sign of a low level of intelligence.”

Perhaps Costelloe got her idea to simply defy silly rules from the negative cultural image of the rebellious, non-compliant ‘girl graduate.’ Like her, other Newnham students tried on the New Woman uniform as it had been painted by conservative voices fearing social change. They smoked in their rooms, cycled to lectures and enthusiastically welcomed College reforms that also allowed them to do so. In 1910, the Thersites reported “that the rule prohibiting cycling to lectures has been put to death” and mockingly contemplated “the long death-agony of this poor moribund rule [that has] so timely [been] put out of pain”. In 1915, Newnham students petitioned the College to be allowed to smoke in their rooms, “perhaps wishing to legitimate something already clandestinely happening” (Sutherland 2015, 136). While this might not have been quite the cheroot-smoking which vocally disapproving and secretly fascinated outsiders suspected, it’s not nothing either.