Princess Aida Desta, the granddaughter of the emperor of Ethiopia Haille Selasie, was a student at Newnham between 1945-1948.

She was a ‘much loved fellow student in Clough, reading history.’ Her friends reported that there was ‘always joy and laughter in Aida Desta’s company, though she was deeply compassionate for those in trouble,’ and very dedicated to Ethiopia. At Newnham, Desta fenced and as a committed Christian went to chapel every day at Selwyn. Newnham has never had a chapel because our college has always been non-denominational. 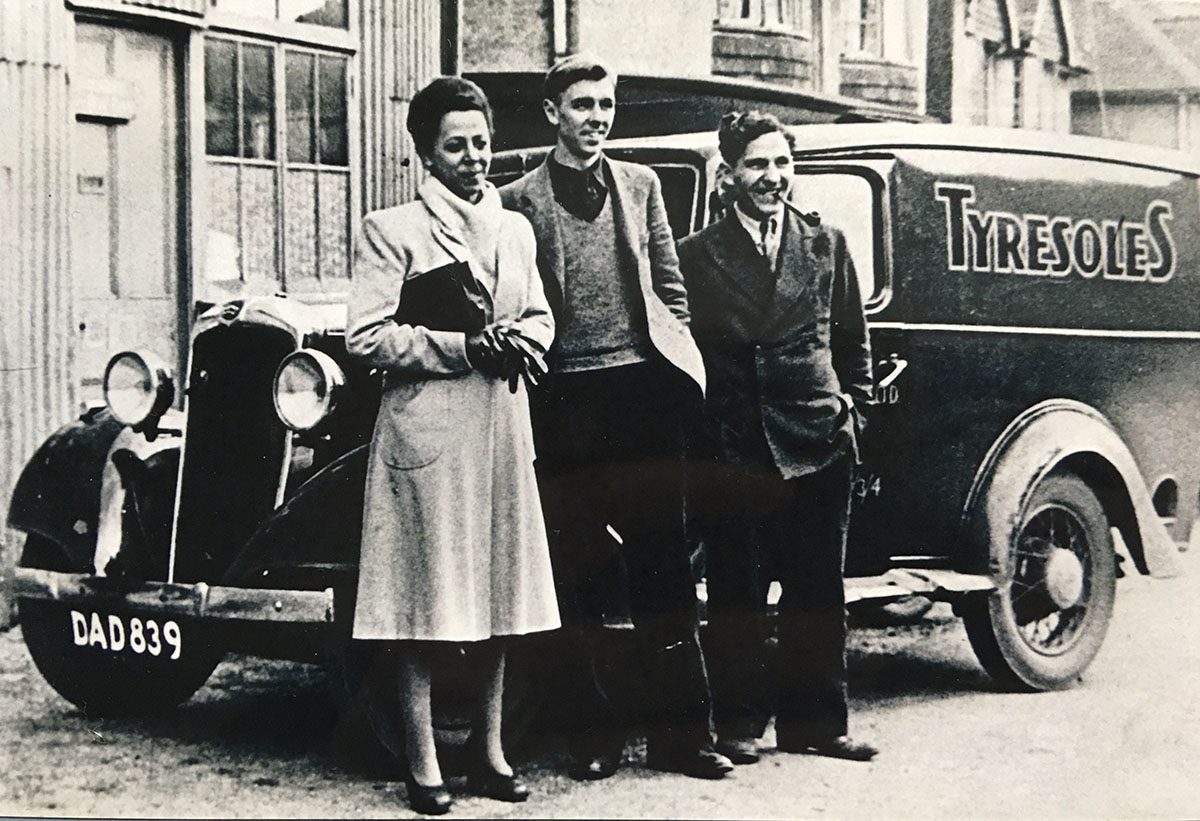 In September 1974, Haille Selassie was deposed by the Dergue- the Marxist-Leninist provisional government- which was supported by what was then the USSR. Selassie’s legacy in the historical record is mixed. While he was a ‘conservative autocrat’ at home, he was a proponent of African liberation abroad, providing liberation movements including the African National Congress (who would eventually bring an end to apartheid in South Africa) with offices and military training.

After the coup, the new provisional government jailed members of his family in jail, including Aida Desta. She was sent to the notorious Akaki prison, known in Ethiopa as ‘Alem Bekagn’ or ‘farewell to the world’—a site of massacres and detention of prisoners who had not been tried. The prison was overcrowded, and either bitterly cold or stiflingly hot. In Aida Desta’s cell, the overhead light was never turned off.[2]

The day Desta’s friends from college found out that she had been jailed ‘the Newnham adrenalin flowed.’[3] Mary Blyth (nee Cowper-Johnson), Katherine Draper and Joyce Hitchcock initially contacted Jean Floud, then the principal of Newnham College, who in turn got in touch with Cambridge’s MP David Lane.

This was the beginning of a fourteen year campaign to get Aida Desta released. The campaign archive provides a full record of her friends’ thinking and tireless work. Believing that adverse publicity would anger the acting government of Ethiopia and so only worsen Aida Desta’s situation, these three friends worked behind the scenes. They collected money from Newnham alumnae to send parcels of chocolate, essential food, soaps and clothing to Aida Desta in prison to keep her spirits up. Her friends enlisted college support. They wrote to Members of Parliament and to the global human rights organisation Amnesty International. 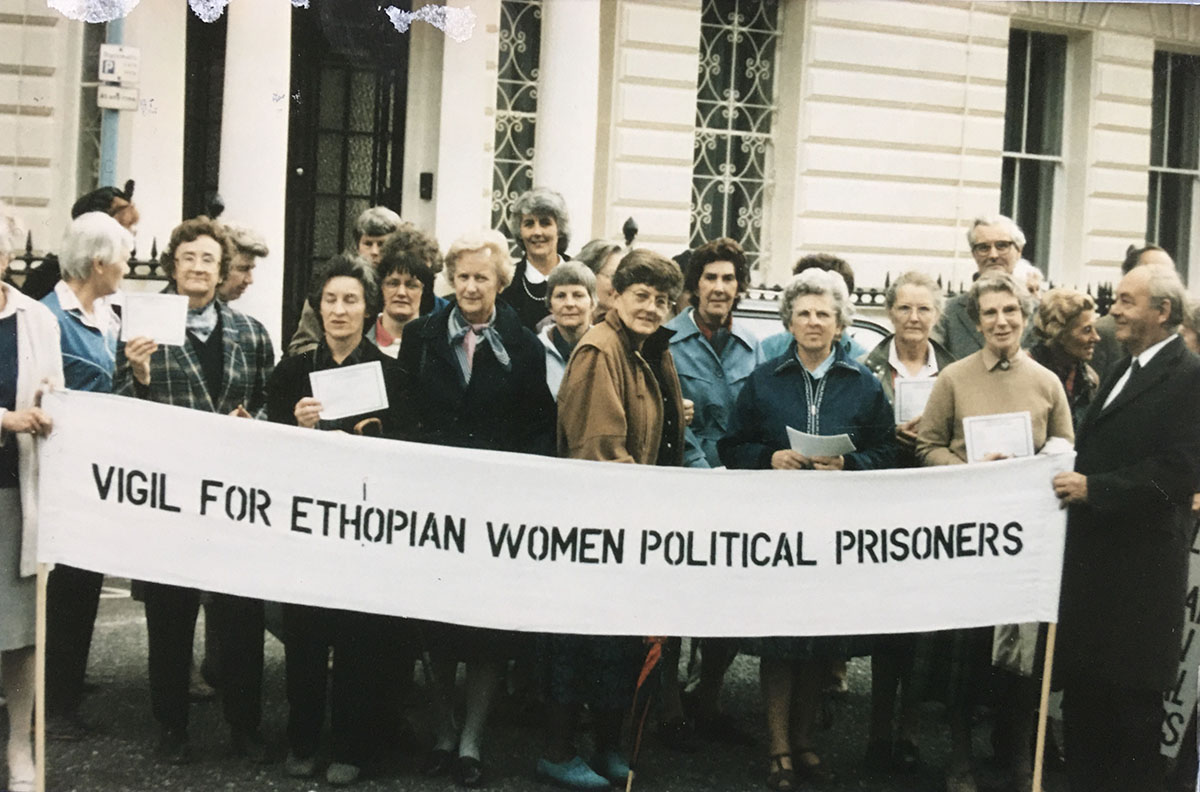 The archive of the campaign also reveals friends’ hopes and frustration. In a letter, Margaret Grimshaw, the Newnham bursar remarked, ‘It is all very distressing—we can only plod on step by step I am afraid.’ Others discuss the way that each September, on the anniversary of the revolution in Ethiopia, ‘we have put our hope in their release only to be disappointed.’

In 1988, Desta and her family members were finally released. In November of 1990, Aida Desta’s three friends went to visit her in Ethiopia. Mary Blyth recalled that when they arrived at the Desta family home in Addis Ababa:

‘Aida was alone on the steps…and we had a very emotional reunion after all these years- in my case, 42!’ 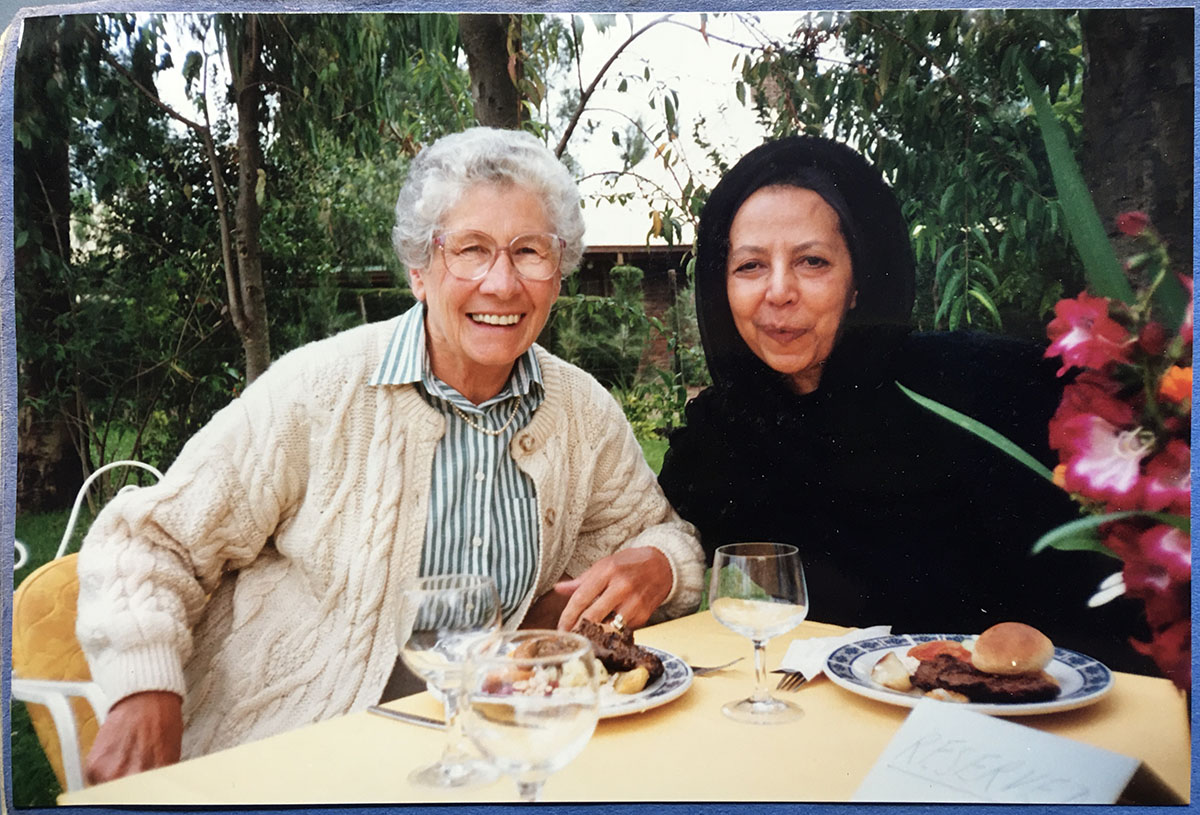